Two advertising graduates have been nominated for the Chip Shop Awards 2022. Organised by The Drum, the awards celebrate brilliant advertising work that showcases fresh thinking and fresh talent. 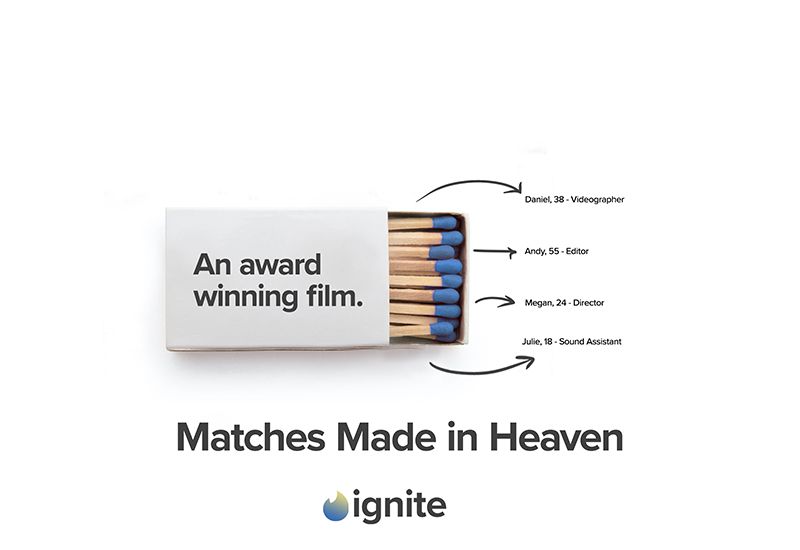 Commenting on Tinder Ignite, Jack says, “Ignite is if Tinder and LinkedIn had a love child. This new app, from the creators of Tinder, works in the same way as Tinder but matches creative teams together instead of romantic partners – almost like a creative Cupid.

"This was an idea that came to me randomly one night. From then I developed it further, thinking of times in my past where I would have loved to use an app like this. I can clearly see how my creative thinking has developed throughout my time at UCA, and this wouldn’t have been possible without such amazing teachers.” When asked more about A pen for their ‘mistakes’, Emma commented “My work is a series of adverts for Bic stationary, specifically their kids range. The ads are aimed at parents and those raising children, who are often concerned that their kids are not reaching expected levels and milestones.

"Essentially, I wanted to turn 'mistakes' into something positive and funny, celebrating them as something to learn from. I chose to advertise the pen as a tool for growth and learning, and part of the learning process is getting things wrong so the idea sprung from there. The innocent misunderstandings and unfortunate spelling mishaps in the ads provide comic relief, reassuring parents that no child gets it right every time.

"Studying Advertising at UCA has allowed me to work on briefs (including competition and ‘real world’ briefs) as if we were in an agency. I have been encouraged to both push my ideas and be reflective about my work.”

To learn more about Advertising degrees at UCA, visit the course pages.